Starting off the year with a review on an underrated fighting beat em up action hybrid. Urban Reign.

Greetings, Splendid Seven devotees, martial arts aficionados, and fighting video game fans. Antoni here with another written entry focusing on Sesshoumaru, Shuran, Inuyasha, Hakkaku, Ginta, Ayame, and Shunran specializing in the martial arts they do. As per tradition, I shall be talking about the number one main martial art each of these seven Yokai warriors specialize in the most based on their skills and personalities as well as what moves opponents need to look out for. This is also based on the surveys I have been conducting to see what my watchers and people who answered them thought were the most appropriate but also the most brutal in terms of inflicting as much damage to their opponents. So, let’s gear up and step into battle with the Splendid Seven’s main signature martial arts.   Sesshoumaru: Mixed Martial Arts The Octagon is always welcome to have Sesshoumaru in to give every opponent who dares to challenge him in one bloodily brutal beatdown. Being the honorable martial artist he is, Sesshoumaru neither seeks fame nor fortune from the public, the critics, and/or promoters such as UFC and Pride. He demonstrates disciplined dedication by never having an ego and training his body, mind, and spirit to prevail against stronger opponents. His uppercuts, liver punches, ground-and-pounds, sprawl-and-brawls, double-leg takedowns, armbars, and Kimuras are guaranteed to make his opponents bleed like oceans and writhe in pain.   Shuran: Professional Wrestling Anybody who has access to a television or enough money to purchase tickets to a Pro Wrestling match whether it is WWE and/or TNA in the USA or Lucha Libre in Mexico would raise their voice in excited jubilation when Shuran enters the ring in his large-and-in-charge bravado and glory. He emits the showmanship and the fighting spirit necessary to make Pro Wrestling a sight to behold and not a joke. The moves his opponents need to be wary of are his piledrivers, bearhugs, sharpshooters, torture racks, full Nelsons, German suplexes, and suplex power slams, which are known to crush bones and tear ligaments to tiny shreds.   Inuyasha: Pankration Zeus, Ares, Heracles, and Theseus have blessed Inuyasha with magnificent muscles, super strength, ferocious fists, and radical wrestling moves when he steps into the arena to give the spectators a great battle against opponents while his oiled, muscular body gleans in the sunlight. Therefore, he gives glory to the Olympian gods for the battles he has with more powerful opponents. Inuyasha loves devastating his opponents with his Superman punches, jabs, double axe handles, hooks, hammer fists, tracheal grip chokes, and rear naked chokes because he can smash joints, tear ligaments, and deliver fatally bloody blows to their bodies.   Hakkaku: Muay Boran The kings of Thailand would never stop singing their praises to Hakkaku because he is velocity, high energy, persistence, and strength personified. Hakkaku demonstrates that strength alone does not make a great fighter, but combining strength, speed, and timing can make a truly complete fighter. There is nothing that can bring him down even when the opponents he faces are much stronger and tougher than him. Hakkaku can overcome his opponents with his elbow slashes, elbow strikes, spinning elbow strikes, upward headbutts, overhand punches, flying knee strikes, and knee bombs to make them bloodied and bruised.   Ginta: Lethwei Crowds of Burmese royals would be more than elated to cheer Ginta on when he steps up to do battle with more powerful and speedy opponents because he maintains a positive attitude and incorporates perseverance in every move he makes. Ginta may have a charmingly lovable face with adorable dimples, but he is not to be underestimated because he can unleash quick and powerful attacks that can make his opponents bloodied and bruised to numbness and pain. He accomplishes this with his thrusting headbutts, side headbutts, spinning backfists, cross punches, flying elbow strikes, jumping knee strikes, and push kicks.   Ayame: Taekwondo Quick as lightning, strong as titanium, fierce as a lioness, and agile as a gazelle are what perfectly describes Ayame as a combatant whose strikes can make opponents bigger and stronger than her fall like trees being cut down by lumberjacks. She is a clear example of a beauty who fights like a beast thanks to her speed, strength, balance, and timing. Laying a hand on Ayame would be a terrible idea because she possesses excruciating strikes to bring her opponents down. Her strikes include reverse punches, knife-hand strikes, ridge-hand strikes, spear-hand strikes, roundhouse kicks, spinning back kicks, and spinning axe kicks.   Shunran: Shaolin Kung Fu There has never been an instant where grace and might could not merge together, for Shunran is a combatant who can do just that and more thanks to her cleverness, craftiness, and conscientiousness of the human anatomy in terms of pressure points. She leaves no opponents unturned, as they end up walking into her trap and become prisoners to her vicious strikes. Shunran’s moves can be best described as soaring like a crane, trapping like a praying mantis, and slashing like a tiger. Her specific attacks include her leopard blows, finger strikes, palm strikes, nerve strikes, tornado kicks, double flying kicks, and split kicks.   I hope you all enjoyed this, and I will see you in the next submission. Take care, stay safe, and train hard and well, everybody.

Greetings, Splendid Seven devotees, martial arts aficionados, and fighting video game fans. Antoni here with another written entry focusing on Sesshoumaru, Shuran, Inuyasha, Hakkaku, Ginta, Ayame, and Shunran specializing in the martial arts they do. With all the martial arts I can see these seven powerful Yokai warriors specialize in, this lineup consisting of the seven updated martial arts that I have for them would, what I believe, define them the most in terms of their personalities, combat abilities, fighting prowess, and overall skills. So, let us not waste any more time and get cracking.   Sesshoumaru: The Bengal Tiger of Ultimate Fighting Championship With a strong background in Karate, Kenpo, Jujitsu, and Judo, it should be no surprise that the martial arts have always been a staple in Sesshoumaru’s life from infancy to adulthood, especially considering that his martial arts roots are firmly rooted in his native Japan. He may be proud of his Japanese roots from Karate to Judo in every UFC cage match, but he also embraces martial arts from Brazil and Hawaii because of how superbly he can use his chokeholds, armbars, liver punches, ground and pounds, leg wheels, uppercuts, and leglocks, thus making his opponents bleed profusely and cower in fear for their lives. Mixed Martial Arts Shootfighting Pancrase Luta Livre Brazilian Jujitsu Kajukenbo Kickboxing   Shuran: The Tyrannosaurus Rex of the World Wrestling Federation Shuran is the definition of going global when it comes to wrestling thanks to how he combines the brutality of combat with the bravado of showmanship. Aside from the influences he has acquired from the American and British styles of Professional Wrestling, he has also acquired styles and moves from Mexico, India, Mongolia, Korea, Turkey, and his native Japan. Wrestling promoters from the WWE to TNA may be won over by Shuran’s massive size, but he backs it up with his pulverizing moves such as bearhugs, piledrivers, sharpshooters, torture racks, full Nelsons, German suplexes, and suplex power slams. Professional Wrestling Hardcore Wrestling Lucha Libre Pehlwani Malla-yuddha Mongolian Wrestling Turkish Oil Wrestling   Inuyasha: The Nemean Lion of Mount Olympus Super strength, grueling grappling, powerful punches, and magnificent muscles are what define Inuyasha as one of the most formidable Pankratiasts in Japan and in the world. Just like his older brother Sesshoumaru, he also had a background in Karate, Kenpo, Judo, and Jujitsu ever since he was a child. Nevertheless, he also incorporates various martial arts from Greece, Russia, Hawaii, and Brazil to show that he is open to every fighting style. Thanks to his openness, he can overcome his opponents with his blood-inducing double axe handles, tracheal grip chokes, Superman punches, jabs, hooks, rear naked chokes, and hammer fists. Pankration Combat Sambo Vale Tudo Kapu Kuialua Shooto Shoot Boxing Shoot Wrestling   Hakkaku: The King Cobra of the Siamese Kingdoms Every king of Thailand would give honor and laudability to Hakkaku for his vicious clinches and sterling endurance when facing the strongest opponents. If there is a reason why the Thai people salute Hakkaku, it is because he never surrenders and always stays true to his word of maintaining high energy in every match that he finds himself in. This high energy is what also propels him to gain power and speed as well as makes him just as adept in Filipino fighting styles. Furthermore, opponents would fear his elbow slashes, elbow strikes, spinning elbow strikes, upward headbutts, overhand punches, flying knee strikes, and knee bombs. Muay Boran Muay Lerdrit Muay Chaiya Muay Thai Panantukan Yaw-Yan Buno   Ginta: The Coral Snake of the Burmese Palaces Crowning laurels to Ginta is truly a sign of honor and reverence which he truly deserves because how his charisma and charm are just as infectious as his discipline to his craft as a martial artist. All of the Burmese royalty would have the pleasure of saluting Ginta not only because of his fearlessness in battle but also his unwavering resolve. He is also adept in Cambodian martial arts, thus mastering the ways he can attack hi opponents. Therefore, his opponents will never have enough of his thrusting headbutts, side headbutts, spinning backfists, cross punches, flying elbow strikes, jumping knee strikes, and push kicks. Lethwei Bando Naban Pongyi Thaing Bokator Pradal Serey Baok Cham Bab   Ayame: The Red Eagle of the Kukkiwon Speed, power, balance, and timing are the hallmarks of what makes Ayame a formidably fierce fighter who never backs down from any and every battle. Her fighting styles are deeply rooted in both North Korea and South Korea in terms of powerful military precision combined with speedy agility. Politicians and opponents may find her fighting prowess impressive, but she is no loser pawn because she has a mind of her own to match her physical strength. In fact, they are even terrified of her reverse punches, knife-hand strikes, palm heel strikes, roundhouse kicks, spinning back kicks, spinning axe kicks, and ridge-hand strikes. Taekwondo Hapkido Yongmudo Kuk Sool Won Tang Soo Do Hwa Rang Do Taekkyeon   Shunran: The Pink Crane of the Shaolin Temple Shunran is velocity, grace, deadliness, and accuracy personified because of how she never relents when pulling her attacks with finesse and exuberance. Coupled with her physical prowess is her mental endurance, as she is a maven in Chinese martial arts. Emperors and empresses would always pleasure themselves with seeing Shunran in action because of how she brings power to her moves. The Shaolin monks would find her to be a clever fighter because of how she uses her mind well. Opponents can never escape from her leopard blows, finger strikes, palm strikes, nerve strikes, tornado kicks, double flying kicks, and split kicks. Shaolin Kung Fu Northern Praying Mantis Kung Fu White Crane Style Kung Fu Monkey Kung Fu Baguazhang Wushu Bajuquan   I hope you all enjoyed this, and I will see you in the next submission. Take care, stay safe, and train well, everybody.

In this review of X-Force #30, we get the new team dynamic with Beast on the outs. Some people are so thirsty for super powers.http://https://youtu.be/R3SO6XlVVHU

In this review of X-Men Red, Brand is so close to the end she can taste it, Manifold has a sister in power and Storm v Vulcan could have been a limited series.http://https://youtu.be/64uX9l2WYm8 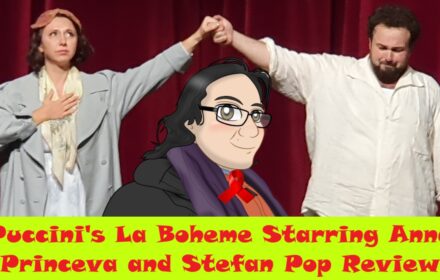 I ring in 2023 and Three Kings’ Day back at the opera with two singers known for their ambitious repertoires singing the iconic main couple from one of Puccini’s most popular operas of all time. Enjoy my review.

“women can’t command a starship!” gene roddenbury was such an ass… https://www.bitchute.com/video/dpEPpcq3QW6T/