0.00 avg. rating (0% score) - 0 votes
Rate this post
This piece of Boomercup fanart, which is part of BrickercupMasterX3’s Boomercup month, is dedicated to Will Atkinson aka WillAforAwesome, Funactivefriend, and Skylar Michael Clearwater aka InsiderHorror who all celebrated their birthdays last week. So, I hope you guys had awesome, wonderful, brilliant, and dazzling birthdays and I wish you all a lot of love, joy, happiness, grandiosity, abundance, and charisma in your lives as artists and as people. This also goes to all of the Boomercup shippers as well, so, I hope you all enjoy this too.
Looks like Buttercup got herself such a major, near-death pickle when she and Boomer were on patrol. Just when they split up, Buttercup encountered some convicted sex offenders who wanted to have a go at her. In spite of her constant refusal, being loyally married to Brick, the sex offenders decided to almost do her in by battering her, slicing her with their pocket knives, and nearly burning her inside an abandoned building.
Boomer sensed something was wrong, as he heard noises in the distance. It was Buttercup being savagely ganged on by the felons inside the burning, abandoned building. He flew with the speed of light, got to the burning hideout, beat up the felons so savagely, and like the noble gentleman he is, he rescued his dear teammate Buttercup, so that she can be well-treated by her darling husband. Buttercup, in turn, is obviously more than grateful that Boomer came to her rescue and can truly see why Blossom admires him so much. Boomer is truly a selfless, strong, noble soul who deserves a lot of acclaim for his great heroism.
Well, I hope you all enjoyed this piece of Boomercup fanart, which, in turn, is my final Boomercup submission for this year. See you all in the next submission.
Boomer and Buttercup from The Powerpuff Girls belong to Craig McCracken and Cartoon Network. 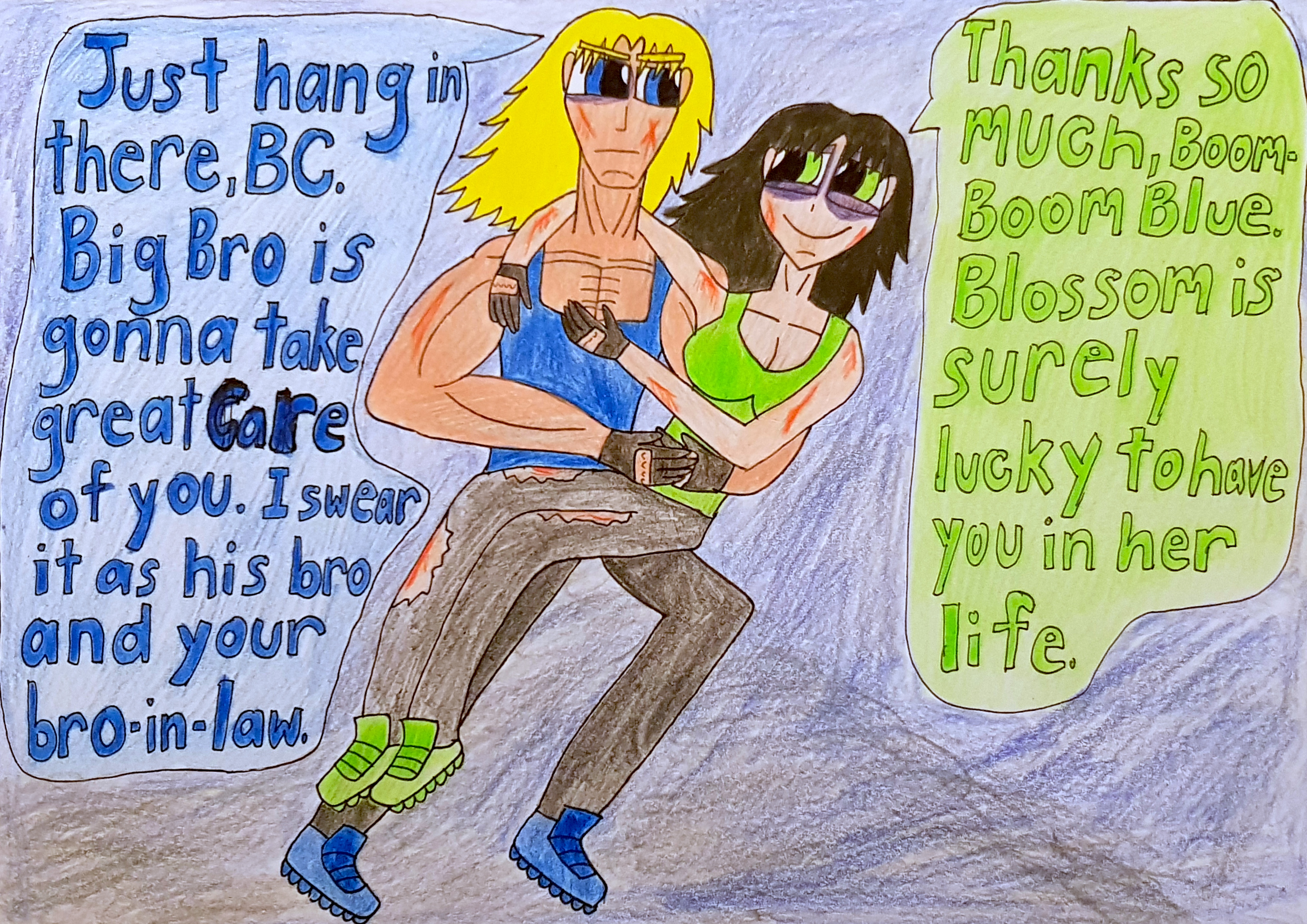