This was the first time I have encountered such wonderful and illustrious singers, Alfredo Daza, Aurelia Florian, Xavier Cortes Steele, Francesco Ellero d’Artegna, Stephen Chambers and Raul Alonso, in this Verdi rarity at the Konzerthaus am Gendarmenmarkt.

Top of the morning to you all! Buenos dias a vosotros todos! Guten Morgen an euch alle! The 6th Annual Mr. Coat Contributor Award Nominations is under way. A lot of my great reviewer friends like Logan Ridenbaugh aka Hewy Toonmore, Sam Flemming aka South Jersey Sam, Andy Snyder and David Rose from The DVD Shelf, James Sullivan aka Jaimetud, Ryan Hipp from That Show and Daniel Swallow aka Sonicguru have made a lot of great content and the work they have done to their respective shows and everything have been quite phenomenal. So vote to your heart’s content as the deadline is on March 1. Instructions are on the site attached. Have a lovely day! 😀 http://thatfellowinthecoat.com/mrcoatawards6.php

One of Györgi Ligeti’s most famous pieces of work comes to life at the Berliner Philharmonie.

We have a star-studded cast headed by Diana Damrau and Javier Camarena. How well do these veterans hold up?

I would love to thank my great reviewer friend, Tony Whatley II aka The Black Critic Guy, for giving this film the highest recommendation it deserves and for somehow inspiring me to watch this for myself. I never regretted anything after this.

I know this was a few days ago, but I am very happy to be a featured blogger on Channel Awesome. I will definitely make more content for you all and take care. http://thatguywiththeglasses.wikia.com/wiki/Featured_Blogs 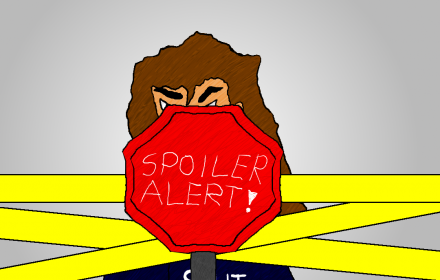 In this video I give some further thoughts on Split. Be warned: There are spoiler ahead! 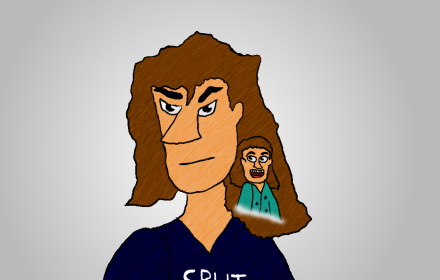 I review the newest movie by M. Night Shyamalan. What do I think of Split? 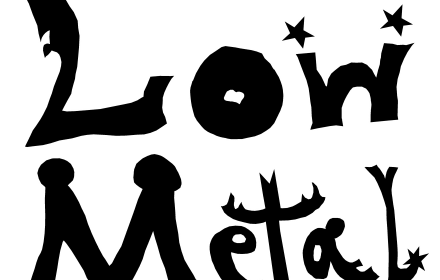 You know guys if you read the title then you know what I’m about to write will disappoint alot of people but I won’t continue working on Low Metal anymore. Let me say first that the decision I took here hurts me alot more than most of you. For those who don’t know what I’m talking about, here’s a little history: Back in 2015 I tried to think of a second anniversary special for the reviewer website Team Night Saturn. So at some point I decided that I would love to make a rock musical since outside of movies like Rock of Ages, Repo! The Genetic Opera or Kings of Rock – Tenacious D there weren’t all that many movie made rock musicals out there. I even bought a music program called MAGIX Music Maker Rock Edition by a foreign company called Magix for a very low price for my birthday back in 2016. I already finished the script for the musical short film back in 2015, wrote about four musical numbers and gave this movie the name “Guitar Leads”. However I decided to actually proofread the script again sometime in mid 2016 and discovered alot of errors within the plotline so I decided to rewrite the storyline again while leaving most the lyrics in the songs mostly unchanged. I renamed this movie from “Guitar Leads” to “Low Metal” since I felt that this name was much better and also chose to turn this one single movie into a duology film in order to make up the fact that I wasn’t able to get this movie out back in 2015 as originally planned. However: There were alot of productional issues I had to deal with. First of all the aforementioned music program that I’ve bought had little to no variety to it. The virtual electro guitar was already installed in the software but even that could only play about 10 to 15 (if not even less!) tabs with most of the other tones sounding like a person who never hold guitar tabs with his fingers. I wanted to use the program also to play virtual drums, e-bass and so on to it, for the, well you know, music I planned to work on. But there was one huge problem. You had to buy the other virtual instruments one by one and each of them costs about 30 to 32 dollars which with all due respect is a complete and utter ripoff. I mean seriously: You can save all that money combined to buy some actual instruments. Even if I would’ve bought them all (I made the mistake to buy the virtual drum to this program) there was also the problem that the tone playing just like with the virtual e-guitar was very limited. It was slightly better but there wasn’ really much that you could to tone wise with drums at least from my small experience I had. But again people: Should I really waste that much money for VI’s with limitations? Maybe I’ll do a video taking about the humongous problem with Magix Music Maker but it’s time to get back to the story. At some point I finally figured out that I wouldn’t go anywhere with MMM. So I decided to get rid of that software in favor of Sony ACID Music Studio which had a more expensive price (about 50 to 60 Dollars) but it was definitely worth the price! I was more customer friendly. It has more variety for playing music with my keyboard since ACID would actually allow me to play every sound on all my keyboard keys and I could actually add virtual instruments for free. Granted not all virtual instruments would work on this software but the number of vst plugins is pretty much endless on the internet. So what happened then? The other problem that I had was time because I had little to nothing of it. I always have to go to work from monday to friday with dates between the working days and only two free ones left for weekend which simply isn’t enough for me to work on the music. Next to that was that I simply don’t have enough passion within me to work on the music at weekend or even at days where I didn’t need to work. I really love to do music but it’s something that requires both love and dedication and if you don’t have either of those two demands within your soul then I’m not gonna beat around the bush here: I can’t do it. Working on this project that barely began production just felt like I’ve wasted two years for absolutely nothing. I could’ve spent my time working on several Movie Rehab episodes which for the record I will plan on doing soon again. I will not completely abandon this project however. The other members are still allowed to play their roles and I plan to use the main storyline for either a yet again rewritten short film or dedicate one or two episodes of this storyline in one of my webshows. The idea of the rock musical itself also still has a strong place in my heart which is why I will save my plans for a rock musical for a time where I can actually afford to fulfill this among other dreamprojects of mine. On the bright side: After I’m done with that storyline I will completely focus on doing more episodes for Movie Rehab, SaXtras, Nudie Rehab since I got plenty of ideas in my head that I finally want to live up to their potential. That is all I have to say and I wish you all a great day.