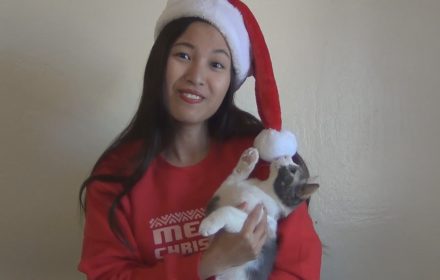 Another Christmas classic to butcher with love.  This year decided to take Andy Williams’ magnum opus and turn it into a magnum suckus.  It’s Marina the kitty’s first Christmas and already she knows that the holidays suck ass. 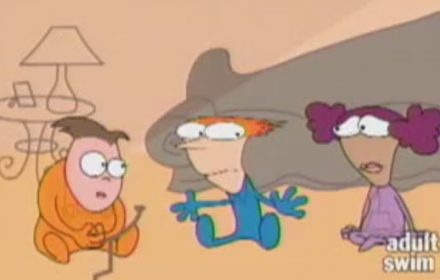 What up, bitches???  5 months… fuck me.  Reason: 116-page screenplay.  Restaurant manager at a place where the boss is usually very busy… making her own lunch.  Godfuckingdangit.  The real title is actually “5 ASSes That the ACC Likes and Can Go On for Hours About”  But since I don’t want to sound like a narcissistic ass and because the Rick and Mortians need some guidance without their god now (my cousin Mistah Computah Sciencey Dood included), I decided to call it something that sounds more helpful than anything else.  But honestly, it’s just me spouting off about shit I like over and over again, and it’s the only opportunity I’ve had to talk about two shows that I love to death– Sealab 2021 and Home Movies.  That’s probably the only reason why I made this– so it would give me an excuse to talk about them.  Already got called out for not including Robot Chicken and Superjail.  Well… to me Robot Chicken is not exactly a show.  It’s just a compilation of randomness.  And Superjail… sorry, but I just don’t fucking get it.  It’s just surreal and gross to me.  I’m a GIRL, for Chrissakes. Pros: Learned that by adjusting the pitch in an audio slice, you can make the same fart sound lower, hence sounding like a different fart. (Watch for Assy McGee farting into Sanchez’s mouth.)  Cons: Longer editing time than usual, hard to find the right clips since cheap animation makes every clip look the same, too much shit to do in between, frustrating me almost to the point of tears.  I dream of the day when I can just sit at a computer and edit my shit, and that’s the ONLY job I have.  Yes, many thoughts during this project.  Many thoughts.  What next?  Might review Crazy Rich Asians or act like a therapy patient for my next one.  Laters, Darth Vaders. 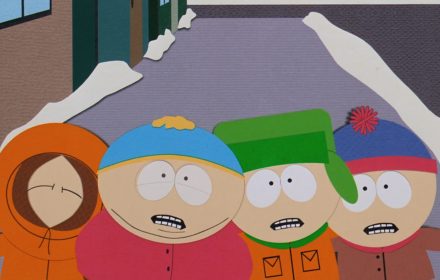 Aloha, motherfuckers.  This couldn’t have come out at a better time in my life.  5 years of reviewing and I was finally able to give this show the respect it deserves without calling too much attention to my attention-whorish self.  This list expresses everything that South Park is about– honesty, integrity, and good judgment.  This is easily one of my most focused videos to date while the rest of my stuff look like train wrecks.  Not terribly pleased with the bludgeoning length, but every second of that 46 minutes has purpose, down to Cartman’s “Heat of the Moment” at the end.  Though I don’t praise my own work often, I finally feel that I deserve it this time.  “No, ACC.  You don’t suck.” (That’s my version of praise.  Suck it, Seth MacFarlane, you self-praising douche.) I regrettably had to cut Steven Stotch’s speech about free speech short so this could even be viewable at all.  But overall I believe that I was able to get my point across about South Park and their endless fight against censorship.  I even included a second-long clip of Muhammad getting slapped by Abraham Lincoln to prove my point.  Yes, I showed Muhammad.  South Park wasn’t afraid, so I’m not afraid either.  “Love is a battlefield!” This video was meant to be THE ultimate moment for me as a critic.  It’s a representation of my growth and passion that has blossomed over time, which has empowered me to create this list that truly embodies what I stand for. Now that this is over, I don’t know what else to do with my critic life.  My critic bucket list is almost completely checked off and only a few more points remain.  Is the ACC’s time almost up? 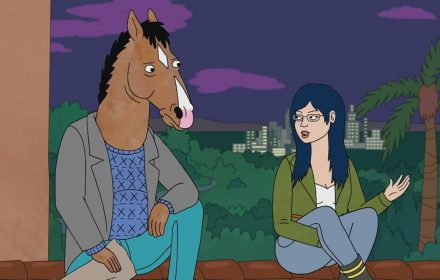 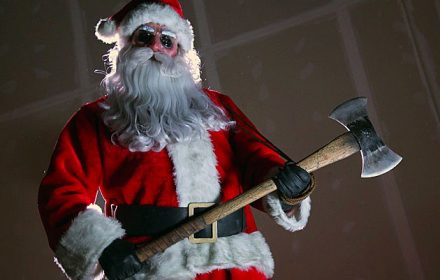 Thanks to Jack SkyBlue’s urging, this became a reality.  Wrote this at 4 to 5 am-ish as I was preparing to leave for Dallas Fort Worth airport and return to HI, in the probably the most sheltered household I’ve ever had the pleasure of staying in.  This is admittedly “12 Pains of Christmas” inspired, but instead I’ve chosen to butcher “Carol of the Bells”; while I like the tune, my complete ignorance of the lyrics has made it far easier.  20 Christmas cards and one broken wine glass later, here we are.  Ding dong, ding dong. 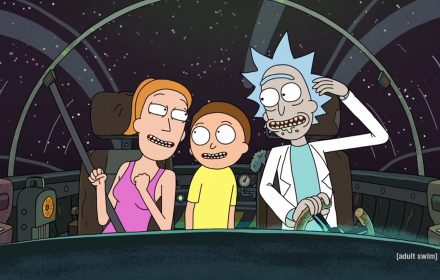 Holy shit.  I feel like I’m going to get crucified for admitting to not being a raving foaming-at-the-mouth fan for this show.  Especially by the szechwan sauce martyrs who will probably demand for my head on a plate with szechwan sauce drizzled on it.  But my cousin requested that this show be reviewed and four months later, here we are.  This one intrigued me and annoyed me in ways that I wasn’t anticipating.  This highly overrated show got a bit of a reality check from me, but at the same time, a whole lotta praise.  I did my best with this one, folks.  I gave it everything I got and didn’t hold back.  This was made mainly for the truly smart, insightful fans of Rick and Morty, not the dumb assholes who only remember the catchphrases and nothing else.  Yes, I’m a 100% positive that Justin Roiland voices BOTH Rick and Morty.  Now who wants to get schwifty with me? 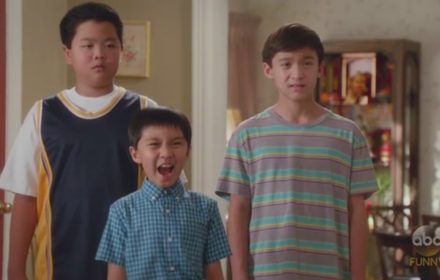 THANK YOU, GOD.  I’VE FINALLY DONE IT.  What people think is a revolution is to me a fucking abomination.  We live in a very sick and stupid world, folks, and unfortunately roughly 50% of those people are Asian, hence this show’s sickening success.  I beat my own record in regards to length; I spend a full half hour ridiculing my own narcissistic race and shitting on a show that makes me almost wish that I wasn’t Asian.  Every time I see even a few seconds of this show I grumble.  Loudly.  In consequence, editing this video was a pretty damn noisy experience as you could practically hear me going, “UUUUGH!” every few minutes.  Millions of people are gonna hate me for this, and that is exactly what I want.  You can’t undo this.  It’s already been done, Asian bitches.  Wake the fuck up and drink the bitter juice called truth– our Asian American generation is unequivocally fucked. 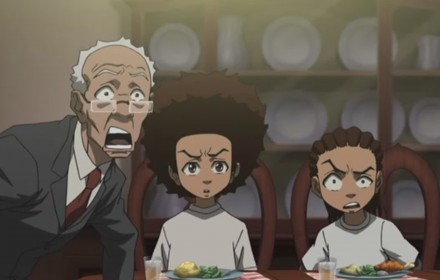 My longest video to date, and the impossible happened– I’m actually quite proud of this one.  I’m a fucking Asian chick and I just reviewed an African American show that I had absolutely no business watching.  I said what I felt needed to be said, took some risks, and came up with a final product that I hope empowers rather than offends.  A good day for the ACC.  All my black homies rejoice. 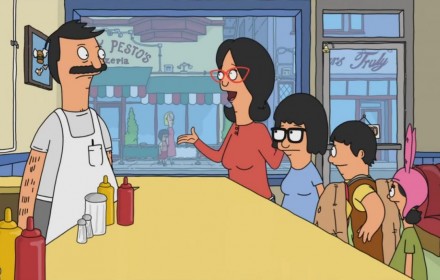 Four frickin’ months of BB.   Such a hard review to write, but it had to be done.  No review ended up further from the script than this one.  THIS WAS SUPPOSED TO COME OUT BEFORE CHRISTMAS!  (Hence the Mary and Jesus joke) Damn food service job.  But interestingly, my thoughts about Bob’s Burgers parallel my exact feelings about working food service– some days I love it and some days I hate it.  I basically picked this review off from a dirty floor, washed it, dried it, re-seasoned it, and gave it to you on a plate, but what else could I do?  Have a good evening, sirs, and enjoy what I worked so fucking hard to make for you.