(Shuran puts down the boulders and so does Hakkaku.)

Shuran: Hakkaku, my old friend. What brings you here?

(Shuran flexes his tremendous biceps and emits a huge roar.)

Shuran: Have you come to challenge my strength and even admire how much I have worked hard for these muscles?!

Hakkaku: Yeah and yeah. Man, Shuran, you really have been working hard on those biceps.

Shuran: Thanks, Hakkaku. You know very well that my most beloved wife Ayumi, my kids, and my grandkids love it when they see my muscles. Speaking of which, how about you show me yours and then we can have a posedown from here.

(Hakkaku flexes his biceps for Shuran, as he takes notice of them.)

Shuran: You definitely have not been slacking off, bro.

Hakkaku: Thanks. You know that your sister, Karan, finds them nice to touch. Plus, my kids and grandkids just love to look at them.

Shuran: True, Hakkaku. But they’re still not as big as mine.

Shuran: These are what real muscles look like, my friend. So, do you accept this challenge?

(Hakkaku flexes back at Shuran.)

(Both Shuran and Hakkaku flex their biceps, triceps, make their pectoral muscles bounce, and do the most muscular pose facing towards each other.)

Shuran (grunting): You surely don’t give up, huh Hakkaku.

Hakkaku: Giving up is not part of my vocabulary, Shuran.

(Shuran and Hakkaku chuckle at each other, as they stand erect.)

Shuran: Well, old friend, it was a nice posedown we had. We should do this again.

Hakkaku: You got it, friend.

Here we have 36-year-old Shuran and 35-year-old Hakkaku being the strong, handsome, muscular best friends that they are and showing just how strong they truly are, what with Shuran and his massive size and Hakkaku with his well-toned body.

I totally love the idea of a big, burly, buff, tough guy like Shuran being really good friends with someone as a well-built, fun-loving, goofy yet strong guy like Hakkaku. Their personalities bounce off of each other so well and Hakkaku could have someone like Shuran to be almost like a big, protective older brother while also enjoying each others’ company testing each others’ strength and always trying to physically one-up each other. Regardless, they have a very strong bond where Shuran is akin to a large-and-in-charge, rowdy, tough older brother and Hakkaku is the handsome, fun-loving, and gregarious younger brother.

Well, I hope you all enjoyed this and I will see you all in the next submission. Take care, everybody.

Shuran and Hakkaku from Inuyasha belong to Rumiko Takahashi and Sunrise. 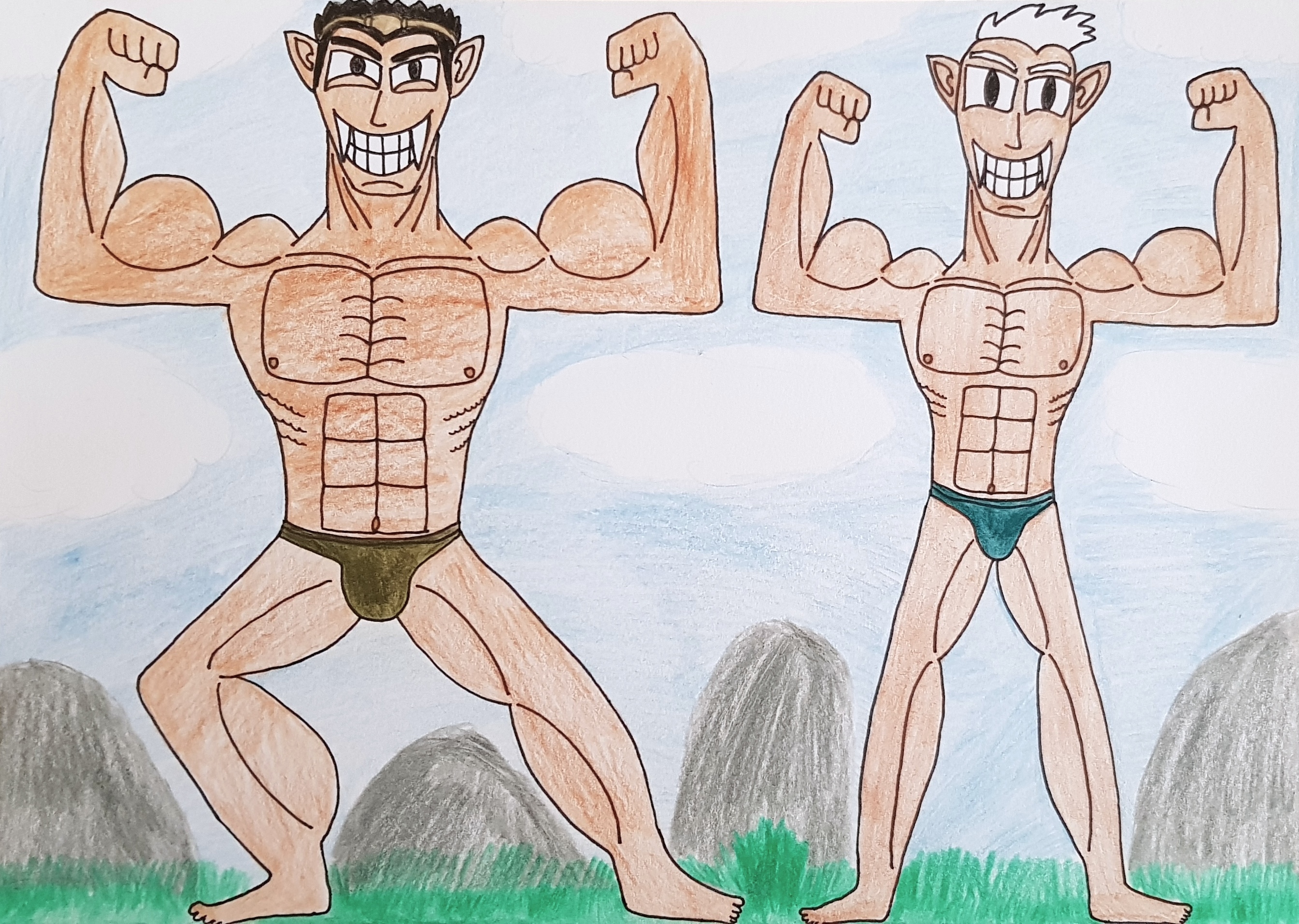