Happy Holidays, ladies, gentlemen, and readers of all ages. I just want to make something clear that I go crazy for Disney male slash pairings between two canon characters whether in animated films or TV shows. Besides, I always love me some guy on guy action occurring between two handsome hunks. What more can you also expect from someone who also enjoys yaoi manga and BLCDs? Thanks to such artists like YANN-X and 04jh1911 I have become even more invested in these type of ships, even though they do not happen canonically. However, when all is said and done, Disney slash couples are a lot of fun and there is a certain appeal to them.

With that said, let us cut to the chase and count down my top 5 Disney Slash OTPs of all time. Why top 5? Because these are the only ones I can ever think of. Moreover, these are the ones I am most passionate about, to the point where I would love more than anything else in the world to do more fanart of them.

Keep in mind that these are my opinions, so I hope you take the time to enjoy the Disney Slash goodness.

5. Prince Adam x Prince Eric
These two are my favorite Disney royal hotties of all time, The Beast in human form aka Prince Adam from “Beauty and the Beast” and Prince Eric from “The Little Mermaid”. I have always toyed around with shipping these two together because of just how appealing, plausible, and enjoyable it is. Cue the people who ship Adam with Belle and Eric with Ariel to be out for my blood in three, two, one. I basically see Adam x Eric as a classic case of an overly romantic piece of work come to life that is aimed for a tween to teen female demographic in virtue of their attractiveness and charm. If I were to write a slash fic or if someone were to write a sort of doujinshi with these two, Prince Adam would be the dominant, strong, imposing, demanding seme to Prince Eric’s carefree, easygoing, cool uke. I could really see this as a fun pairing full of fluff, roller coaster rides, and a lot of charm to make this slash pairing come to life. Moreover, I could even imagine Eric admiring the absolute heck out of Adam’s hair or even have Adam and Eric in the tub together to engage for some “action” if you know what I mean. Goodness, do I have such an interesting mind.

4. Muviro x Adonis
I know I ship Muviro with Queen La from “The Legend of Tarzan” and I prefer to have Adonis from the Hercules animated show single, but, good Lord, I cannot afford to separate these two as a couple even if I tried. Think about it. Muviro is a stone-cold, jealous bastard who happens to have such a really ripped body and Adonis is a stuck-up, prissy prince with the musculature of an athlete. When one puts these two together, they would make superb chemistry in virtue of it being a love-hate relationship. Muviro would feel initially annoyed with Adonis’s snootiness and prissiness and would, therefore, give him such a deadly scowl that would make Adonis crap his pants out. Meanwhile, Adonis would initially find Muviro to be frightening, mean, and repulsive. However, as time goes by, they could end up dropping each others’ defenses and find out that there is something admirable about each other. Muviro is so going to be on top of this relationship due to the fact that his rock-hard, muscular body could be put to great use as a fighter, especially when he wrestled with Tarzan and had his epic battle with Basuli at the elephant graveyard, and Adonis would definitely admire Muviro because of his said buff bod and warrior attitude. Plus, I think it is rather cute to think about Muviro protecting his precious, sexy Prince Adonis from anyone who dares to defile him.

3. Li Shang x Hercules
Captain Li Shang from “Mulan” and Hercules from “Hercules” have been my childhood crushes ever since I was a six-year-old boy. You could say it has something to do with their rippling muscles, their handsome countenances, their overall lovability as characters, and/or even the fact that Shang was voiced by the magnificent B.D. Wong and Herc was voiced by the fine Tate Donovan, as their sexy, charming voices were put to great use for these gentlemen. Combining Shang’s authoritative, focused, determined, dashing nature with Herc’s brand of sexiness, courage, and boy scout nature is a totally genius idea, as there is going to be some interesting dynamics occurring between the tall and dashing captain of the Chinese army and the heroic Greek demigod. There is no darn surprise that Shang is going to be on top of this relationship, as his authority, experience, and sense of duty and responsibility are components as to what makes Shang an ideal male partner for Hercules. That does not mean that Herc would end up being overly submissive in this relationship, as his muscles are certainly useful, especially when these two go into the heat of battle. Speaking of heat, I am also confident that their moments of intimacy will be a combination of sweet and spicy.

2. Namontack x Basuli
The most underutilized Disney muscle hunk and best friend to the third wheel, Kocoum, from “Pocahontas” pairing up with the most underrated best friend to the main hero, Tarzan, from “The Legend of Tarzan”, what could be better than this? Yes, dear readers, I am a huge sucker of pairing up two muscular men together as a couple. In my opinion, I do believe Namontack x Basuli could work not only because of the fact that these two are skilled warriors but because I believe their relationship could be fleshed-out and it would be a nice one at that. On the outside, they could use their imposingly muscular bodies and warrior ways to intimidate their enemies. When they are together, they could end up admiring and complimenting each others’ muscles and strength while soothing each other from the heat and turbulence of battle. Namontack would be the stern, tough, dominant partner with a soft side, while Basuli would be the headstrong, energetic, submissive partner who is just as strong and handsome as Namontack. There is seriously nothing hotter nor sexier than having these two buff warrior dudes have moments of intimacy with each other.

So, as much as I love me some Namontack x Basuli action, what could be better than this pairing. Well, brace yourselves, folks, for number one.

1. Kocoum x Tarzan
Heck freaking, yeah! In my opinion, these two are my most favorite Disney Male Slash pairings of all time. Kocoum and Tarzan not only look amazing together, what with their lean, muscular, sexy bodies, but they seem to be a fascinating couple in terms of how their differences can complement each other so magnificently. At times, I feel like this couple needs to be discovered a lot more, as there is a lot of fun dynamics to be found with Kocoum and Tarzan. In my headcanon, Basuli and Tarzan are brothers and the sons of Chief Keewazi. So, when Namontack and Kocoum enter Basuli’s and Tarzan’s lives, they not only end up admiring each other in terms of their skills as fighters but also in terms of how noble, strong, and prideful they are as people. I figure that Kocoum would admire how agile, strong, and fun Tarzan is in everything he does, while Tarzan would be that one person who could help Kocoum lighten up every once in a while. Their synergy would be one to be reckoned with, as their personalities will end up meshing well with each other, and there will never be a moment of animosity between these two hunks. Kocoum would admire how kind, sympathetic, and loving Tarzan is, while Tarzan would admire how strong, focused, and determined Kocoum is. Overall, this pairing is not only externally beautiful but also internally beautiful, which is why Kocoum x Tarzan is my number one favorite Disney Male Slash OTP of all time.

So, these are my most favorite Disney Male Slash OTPs of all time. Let me know in the comments below which are your favorites. Happy Holidays! 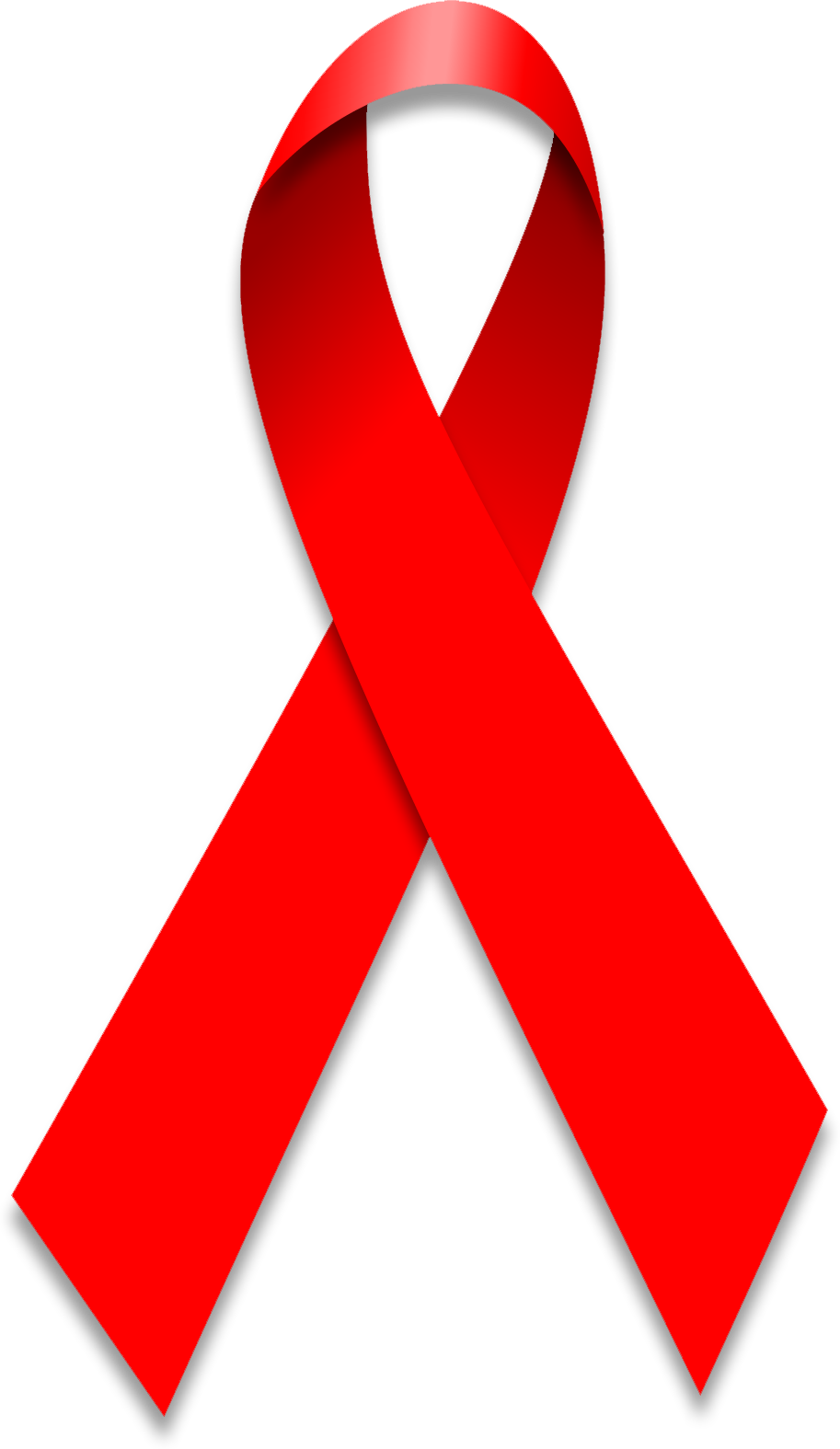