Out of all the anime openings I have attempted to sing thus far, this one was really challenging. Nevertheless, I did enjoy the ride I had with this nostalgic anime opening. Happy listening, folks.

Another theme song from yet another favorite Cartoon Network show from the 2010s? Oh yes, and this is one that I thoroughly enjoy. Happy listening, folks.

I now travel to the Land of Ooo where I attempt a theme tune from one of my favorite Cartoon Network shows of the 2010s. Happy listening.

I now attempt another anime ending song from, once again, Inuyasha. This time, it is Dearest by Ayumi Hamasaki. Happy listening, folks.

All right, ladies and gentlemen. Here is my first attempt at singing an anime song. Without further ado, this is my rendition of Inuyasha’s second ending song Fukai Mori originally sung by Do As Infinity. Yes, I am singing this in a much higher key, but I thought it would be more suitable for my voice. Enjoy it. By the way, if you are wondering why I was not always looking at the camera, it is mainly because I was trying to follow the lyrics on Anime Lyrics, while also singing the truncated version for television.

I present to you all my rendition of one of my favorite Richard Strauss Lieder of all time Zueignung. Sit back, relax, and happy listening.

And now we find ourselves with yet another Michigan J. Frog classic song. That’s right. The Michigan Rag which was originally composed for the classic “One Froggy Evening”. Happy listening, folks.

Growing up with Looney Tunes’ Michigan J. Frog has made this classic song stuck in my head ever since I was a five-year-old boy. Now, as an adult, I give this song a good shot for your listening pleasure. 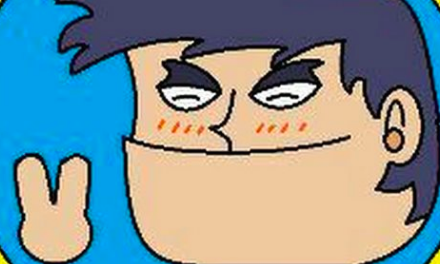 Hello, everybody. Antoni here to spread the word of my older brother from another mother’s YouTube channel UMIGAME where he does some skits and, of course, his Let’s Eat videos of dessert-type snack foods, which are absolutely entertaining and have this lovable, down-to-earth vibe I enjoy so much about his content.   I shall say this once, and I will say this again. Umi is one of the greatest friends I have ever had during my Diploma Program year at IAFT back in mid-2011. That’s right, folks, we go way back. When I started back in May 31, 2011, we were just mere acquaintances. However, our first full-fledged collaboration as actors occurred in a friend’s Thesis film in Manila, which I enjoyed so much not only for the new friends I made there, but also the growing friendship occurring between me and Umi.   From there, we ended up collaborating in a fair amount of films, I was in his Thesis film, he was a cast member in my MOS, and it was an overall amazing time I had with this down-to-earth gentleman. Even after nine years, our friendship never wavered.   To conclude, I hope you can support Umi by subscribing to his channel, staying updated with the content he has to offer, and enjoy his videos because he is an absolutely awesome chap. Don’t miss out on this opportunity to be entertained and bear witness to the tasty snack foods he has in store for you.   Take care and stay safe, everybody. https://www.youtube.com/channel/UC-7Vm1IaRmLPkAoSgw5lBrQ/featured

Time to get the nostalgia goggles on with another classic song from good, old New Zealand composed by Princess Te Rangi Pai. Happy listening, Happy Early Mothers’ Day, and stay safe, everybody.